A total of 1,154 Indonesian employees of the Milionaire Club Indonesia, a cosmetics sales company, are set to arrive in South Korea in eight groups between Friday and Feb. 10, the Korea Tourism Organization (KTO) said. 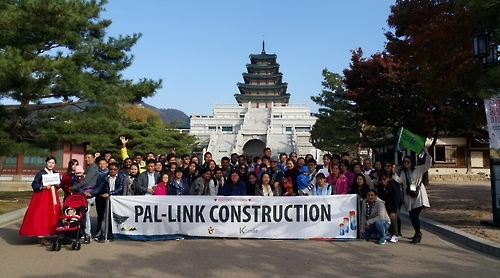 During their stay, the visitors are scheduled to go skiing at a resort in Gangwon Province that is home to PyeongChang, the host city of the 2018 Winter Olympics. They also plan to make cheese, pick strawberries and watch cultural performances in other parts of South Korea.

Indonesia -- the world's fourth most populous country -- has large potential for outbound travel to South Korea. A total of 295,461 Indonesians visited South Korea last year, up 53 percent from a year earlier.

Separately, 860 Singaporean tourists belonging to a health food company plan to visit South Korea on a similar incentive travel in mid-February, according to the KTO.