Twenty-two local duty-free operators paid a combined 967.2 billion won to tourist agencies and guides in 2016 in exchange for collecting foreign tourists, according to the data compiled by the Korea Customs Service.

At the same time, the duty-free shops saw their sales soar 43.5 percent on-year to 8.9 trillion won last year, and 62.5 percent of the money was from tourist groups.

A total of 17.2 million foreigners visited South Korea last year, with nearly half of them from China. 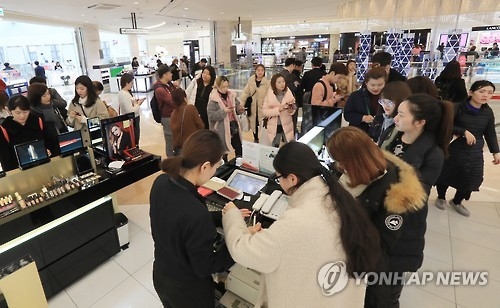