SEOUL, Feb. 2 (Yonhap) -- South Korea's well-to-dos spend three times more than an average family but work much less, and have more than triple the amount of time to spend with family and friends, a survey said Thursday.

When Hana Institute of Finance, affiliated with Hana Financial Group, polled 1,028 affluent clients, the results showed their average monthly income was 23.26 million won (US$20,282). Their monthly expenditure was 9.7 million won, about three times what an average family spends, based on data as of the third quarter of last year.

The survey, whose findings were published in the institute's 2017 Korean Wealth Report, was conducted on people who have 1 billion won or more in financial assets.

Spending gap was wider in the richer part of southern Seoul, where the rich spent an average 10.56 million won a month. 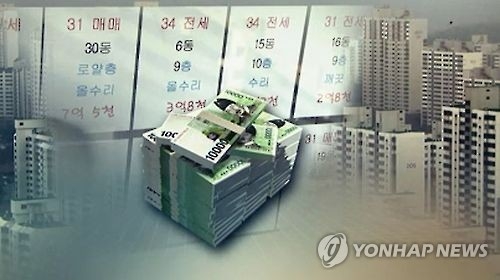 The rich had more time to spare. They work about six hours on a weekday, compared to 40 percent of the ordinary people laboring for more than nine hours. Their time spent with family was 3.5 times more on a weekday and twice as much on weekends. When not with family, sports was the next of choice with 27 percent of the time spent. Cultural activities was next with 18 percent, followed by shopping and dining out (16 percent).

For self-help, many of the respondents said they concentrate on learning English and business management.

For their children's spouses, the respondents said they look the most at their character and next at their family background.

Only 9 percent said they have already handed down their assets to grandchildren, but 39 percent answered they are thinking of doing so.

The report also surveyed private bankers who deal mostly with rich clients. The answers indicated that they believe about half of the rich became so through inheritance, while 30 percent amassed fortune through successful real estate investments. They said only 20 percent had gained wealth through work or business.
(END)

Monthly spending, family time of the rich triple that of ordinary people: survey

Monthly spending, family time of the rich triple that of ordinary people: survey