SEOUL, Feb. 3 (Yonhap) -- South Korea's foreign exchange reserves rose slightly in January from a month earlier due to increased gains from investment in foreign assets and an increase in the dollar-converted value of non-dollar currencies, central bank data showed Friday.

As of the end of January, the country's foreign exchange reserves came to US$374.04 billion, up $2.94 billion from the previous month, the Bank of Korea (BOK) said in a statement.

The country's reserve positions at the IMF stood at $1.75 billion as of the end of January, compared to $1.73 billion a month earlier. 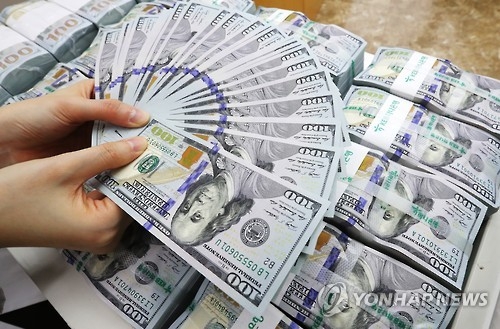