In a joint statement released with the show's production company Culture Depot, Park said she will launch a "strong legal response" against what she described as "false accusations."

Park Ji-eun insists her story is an original work based on the mermaid legend in "Eou Yadam," Korea's first-known collection of documented historical tales from the Joseon Dynasty (1392-1910).

Culture Depot claimed that, besides the human-mermaid romance element, the works are vastly different. The company stated "the wrongful practice of suing a famed writer irresponsibly for personal gain must be eradicated."

"Legend of the Blue Sea" made headlines for bringing together two of the biggest "hallyu" stars -- Jun Ji-hyun and Lee Min-ho. The series ended last month with good ratings. 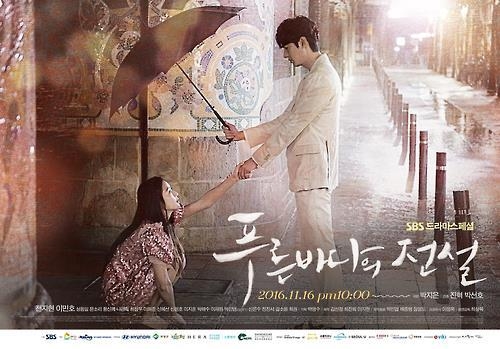