SEOUL, Feb. 2 (Yonhap) -- South Korea's presidential office said Thursday it will not allow a search and seizure by special investigators who are looking into an influence-peddling scandal centered on President Park Geun-hye.

In a text message sent to reporters, presidential spokesman Jung Youn-kuk denied a media report that Cheong Wa Dae is willing to accept the special investigation team's visit to three particular offices. He added its stance on the matter "remains unchanged."

State prosecutors, who handed over the case to the independent counsel team last year, attempted to raid the presidential compound. But the presidential office denied them entry, citing security concerns, and instead voluntarily turned over some documents requested by the prosecutors.

The probe team reiterated that it will carry out the raid based on relevant law, regardless of the presidential office's stance.

Its spokesman Lee Kyu-chul said during a regular press briefing that the offices of senior presidential secretaries, the medical room and the security service office can all be subject to its shakedown.

Under the country's law, military facilities and other areas that handle confidential information cannot be raided without approval from the person in charge of the location. Yet, the law also prohibits the person from refusing to grant such consent unless it infringes upon key national interests.

The two sides are in talks over when and how to carry out a face-to-face interrogation of Park, who is now awaiting the Constitutional Court's decision on her impeachment. She has been accused of letting her close friend Choi Soon-sil meddle in state affairs and amass personal profits using her ties to the president. Both Park and Choi have been flatly denying the allegations.

The spokesman Lee earlier said it plans to complete the questioning by early this month. But he said Thursday the exact date of the interview with Park can be changed if necessary, implying a possible delay. 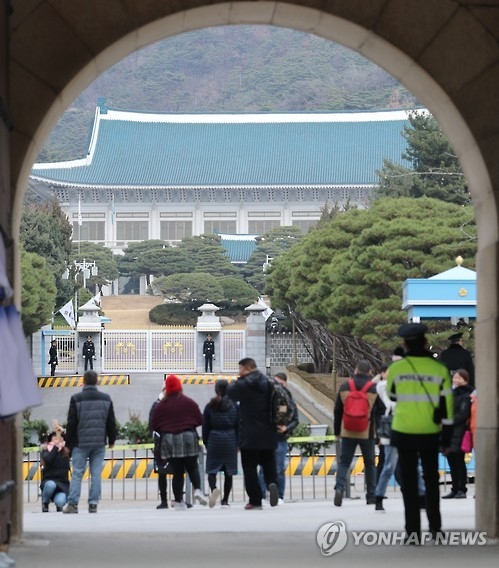