Samsung said earlier this month it will consider building a new plant for home appliances in the U.S., as Trump stepped up calls for companies to build factories in the country, with a threat to impose hefty border tax when bringing in goods manufactured outside the U.S. 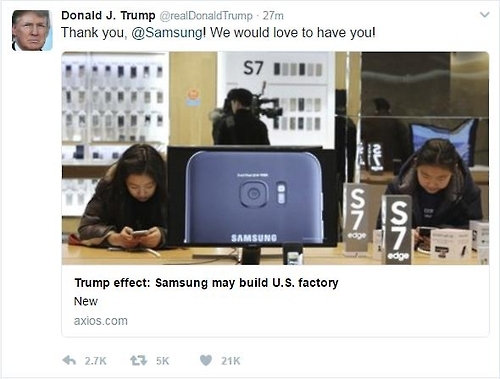