(ATTN: UPDATES with estimate of this year's surplus in paras 6-7; ADDS photo)

The country's current account surplus reached US$98.68 billion in 2016, compared with a surplus of $105.94 billion a year earlier, according to the preliminary data from the Bank of Korea (BOK).

The figure represents a surplus for 58 months in a row. The current account is the biggest measure of cross-border trade.

Chung Kyu-il, director general of the Economic Statistics Department at the BOK, blamed the decline in exports on weak overseas demand, the strike at Hyundai Motor Co., and Samsung Electronics Co.'s halt on the production of its Galaxy Note 7 smartphone. 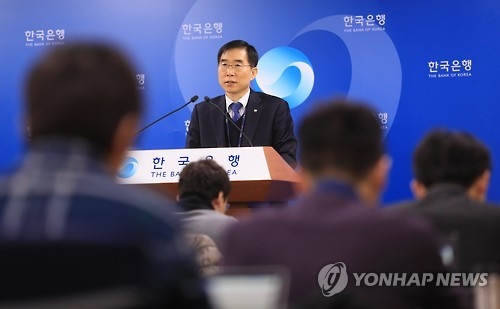 Dubai crude spot prices traded at an 18-month high of $54.94 per barrel on Thursday.

The record deficit in the service balance was attributed to a sharp deterioration in construction and transport balances, despite modest improvement in the travel balance, said Chung.

The travel balance deficit narrowed to $9.43 billion in 2016, compared to a $10.06 billion deficit in 2015. The BOK said the balance of transport swung to a $630 million deficit in 2016 from $4.63 billion surplus a year earlier. It is the first such deficit in 20 years due to a global slump in the transport sector and the collapse of Hanjin Shipping Co., South Korea's No. 1 shipping line.

The BOK said the construction balance surplus narrowed to $8.69 billion in 2016 from $9.64 billion as Middle East countries cut their orders due to a decline in oil prices.

In the primary income account, which includes wages and investments, the country posted a surplus of $1.46 billion in 2016, compared to a surplus of $3.57 billion a year earlier.

The value of foreign securities held by South Korea's investors hit an all-time high of US$63.04 billion last year. 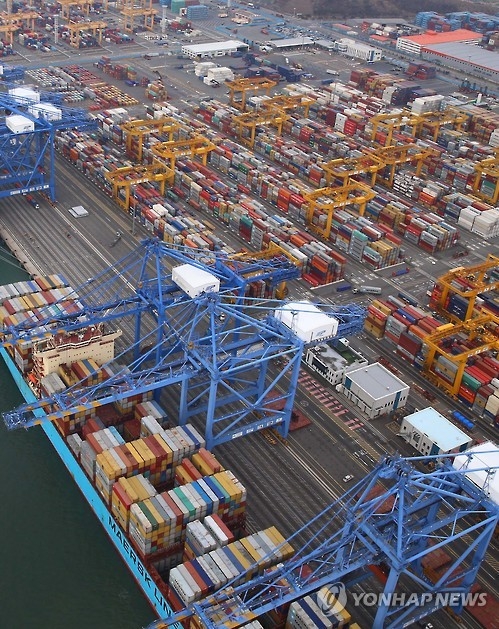