The investigation team looking into the alleged wrongdoings visited Cheong Wa Dae to secure more data ahead of a face-to-face interrogation of the president that is likely to take place later this month. The Seoul Central District Court on Thursday issued the warrant for a search and seizure.

It marks the first time the team, led by Independent Counsel Park Young-soo, has tried to carry out a raid since it launched the investigation in December.

"Given that the presidential compound is categorized as a security facility that handles military and official secrets, we cannot accept any raid in line with the existing customs," a presidential official told Yonhap News Agency over the phone, asking not to be named.

"But we will cooperate as much as we can by submitting documents upon (prosecutors') request," he added.

State prosecutors, who handed over the case to the independent counsel last year, attempted to raid the office in October but were halted by the presidential office. The office, instead, voluntarily turned over some documents requested by the prosecutors.

The two sides are in talks over when and how to carry out the questioning of Park, who is now awaiting the Constitutional Court's decision on her impeachment motion. She has been accused of letting her close friend Choi Soon-sil meddle in state affairs and amass personal profits using her ties to the president. Both Park and Choi have been flatly denying the allegations. 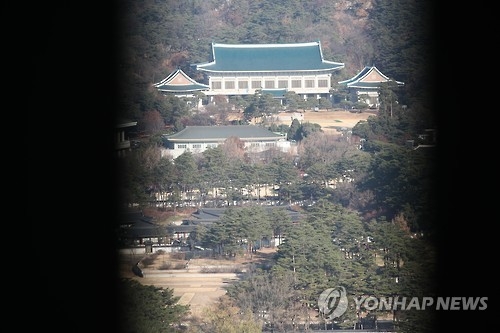