Those funds posted an average of 6.41 percent gains in January, reversing a three-month loss of 4.96 percent, according to the Korea Exchange and financial information provider FnGuide.

"Among the factors to weaken the dollar are the U.S. burden for the strengthening of the dollar and its perception that China, Japan, Germany and other trade partners have intervened in the foreign exchange rate issue," said Lim Dong-min, a Kyobo Securities researcher. 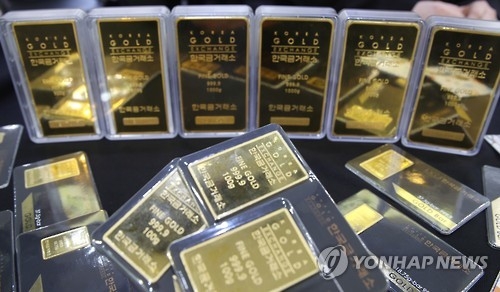 Leaving the short-term interest rates unchanged in a meeting held earlier this week, the Fed offered no clue to the speed of its rate increases.

Usually, the value of the dollar and the price of gold move in the opposition direction.