The Asian Football Confederation (AFC) released a statement on Friday that Chung, who heads the Korea Football Association (KFA), is one of the four male candidates running for a seat on the FIFA Council.

The other three candidates are Zhang Jian of China, Sheikh Ahmad Fahad Al-Sabah of Kuwait and Mariano V. Araneta Jr. of the Philippines.

The election will take place at the AFC Congress on May 8 in Bahrain.

This is the second time that Chung has placed his bid for the FIFA Council seat. The 55-year-old came up short in the 2015 election.

The FIFA Council, which replaced the FIFA Executive Committee last year, has 37 members, with 12 newly created seats allocated to six confederations. The AFC was originally given three additional seats, but since Sheikh Ahmad, also president of the Olympic Council of Asia, will see his term as FIFA Council member end before May 8, there are now four spots available.

Under the election rule, at least one of the four seats must be filled by a woman, meaning Chung must finish in the top three among four male candidates. Those who are elected will serve as FIFA Council members until 2019.

The AFC said North Korea's Han Un-gyong is one of the four female candidates. She will go up against Moya Dodd of Australia, Mahfuza Akhter of Bangladesh and Susan R. A. Alshalabi of Palestine.

The AFC said the final list of candidates will be confirmed as soon as the eligibility checks have been conducted.

Chung, who has been at the helm of the KFA since 2013, holds various positions in the AFC. He is also one of four AFC vice presidents, a member of the AFC Executive Committee and chairman of the AFC's Referee Committee. 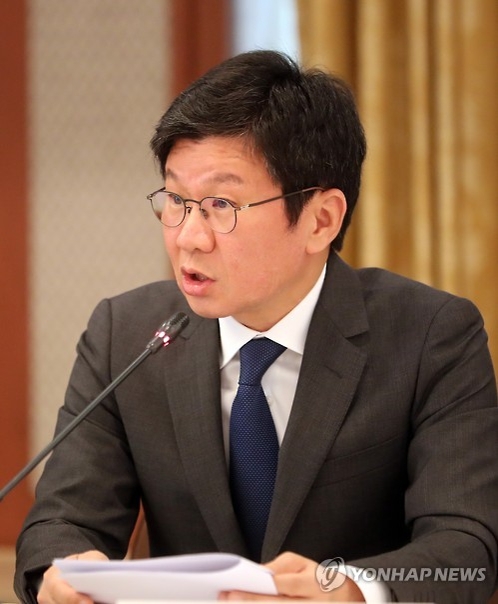 S. Korean football chief up against 3 candidates for seat on FIFA Council

S. Korean football chief up against 3 candidates for seat on FIFA Council