SEOUL, Feb. 3 (Yonhap) -- All taxi drivers in South Korea may be required to have regular checkups to ensure they are physically and mentally fit to drive once they reach 65 years of age, the government said Friday.

Under a proposed government revision to the public transportation law, all taxi drivers aged between 65 and 69 years will be required to undergo a medical checkup every three years.

Those aged 70 years or more will be required to prove their physical health every year, the Ministry of Land, Infrastructure and Transport said. 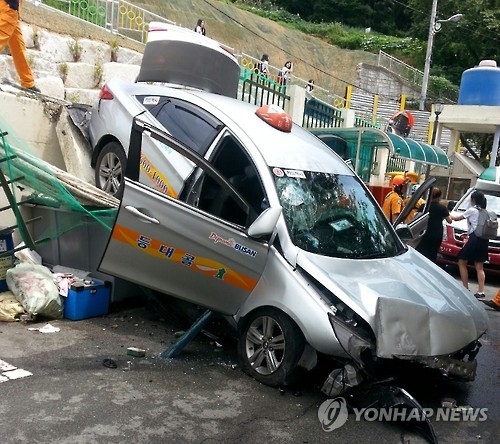 According to the ministry, the ratio of taxi drivers aged 65 years or older came to 19.5 percent of the total as of end-2015, up 8.6 percentage points from just four years earlier. The ratio is expected to reach 50 percent in 2020.

The apparent rise in the average age of taxi drivers has been blamed as a source of more frequent accidents.

"The country currently has a license renewal system for aged bus drivers, but the system does not apply to taxi drivers. By introducing a license renewal system, the government seeks to improve the safety of public transportation, which in turn will create a safe environment for more people to use taxi services with ease," it said in a press release.