SEOUL, Feb. 3 (Yonhap) -- A drunk passenger spitting on and swearing at flight attendants, an apartment resident beating an old janitor and department store clerks assaulted by well-heeled clients -- these cases of abuse have sent shockwaves across the country over the past year. 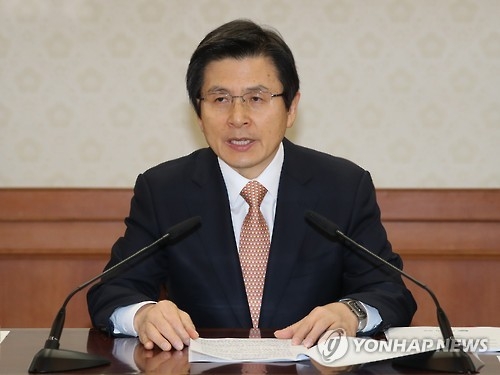 Hwang vowed to strengthen the existing institutions to protect the socially vulnerable through various measures such as enhancing rules to protect workers on the receiving end of verbal abuse and toughening punishments for those refusing to pay overdue wages to their workers.