SEOUL, Feb. 3 (Yonhap) -- An international art festival to celebrate the upcoming PyeongChang Winter Olympics will open in the eastern city of Gangneung next week as South Korea is looking for ways to make the global sports event rich with culture and art.

The 2018 Winter Olympics will take place mainly in PyeongChang, some 180 kilometers east of Seoul, from Feb. 9 -25, but some of the events will also be held in the neighboring city of Gangneung and Jeongseon county, all in Gangwon Province.

The PyeongChang Biennale 2017, titled "The Five Moons: Return of the Nameless and Unknown," is designed to cast a new light on the values of things that have been isolated and neglected -- as the name suggests.

For the biennale, the third after 2013 and 2015, 29 Korean and 22 foreign artists from 13 countries are exhibiting their artwork from painting, photos, installations to videos at the Gangneung E-zen Convention Center. 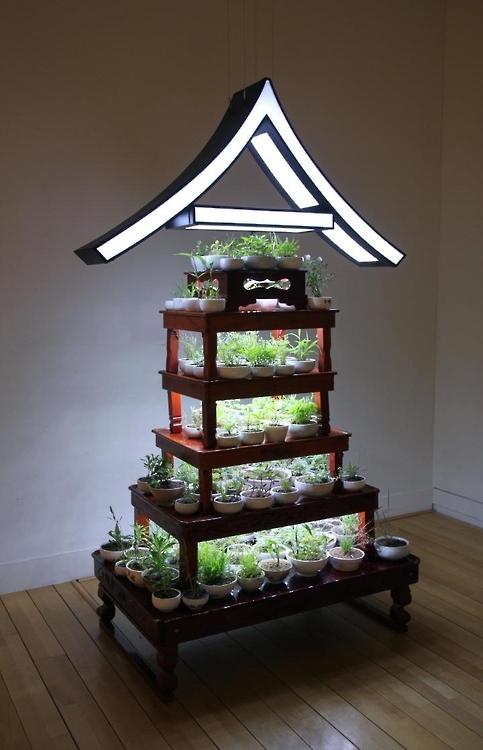 In the artwork named "A Homely Gathering," South Korean installation artist Kim Won-jung creates, with discarded tables and pots of weeds, what appears to be the giant Chinese character "he," which means to collect together.

"When I look at the grass in the fields, which we often dismiss collectively as being useless weeds, I see each individual life and, by extension, a whole community. In nature, even a trivial blade of grass has its own value and plays its role to help keep the order of nature," she said in the artist's words.

Another Korean artist Lee Byung-chan criticizes the reckless consumerism of the modern society in his installation "Urban Creature - Calling for Mammon," a giant fantasy world filled with neon lights and discarded plastic.

"The ecosystem of consumerism tricks people into believing that the fantasy world they are living in is real," the artist said. 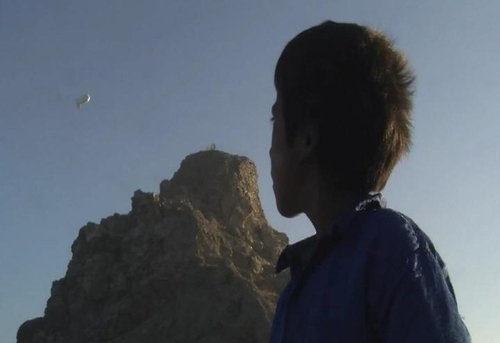 Under the "World Wide Video" section, a total of 20 videos -- 19 from overseas and one from Korea -- is to be screened at the Multipurpose Hall of the center.

Among them, Kirsten Johnson, an award-winning American documentary filmmaker, presents "The Above." It is her 2015 work that shows a U.S. military surveillance blimp floating in the skies of Kabul, Afghanistan. Residents cast their suspicious as they look up at the mysterious balloon, of which specific capabilities remains classified.

"Through the exhibition, artists offer a new perspective to value an individual life that has been overlooked by the majority," the organizers said of the biennale's core theme on its official website.

It continued, "A new approach to nature and environment is also suggested based on the careful observation on the relations between human and nature."

The exhibition runs through Feb. 26. 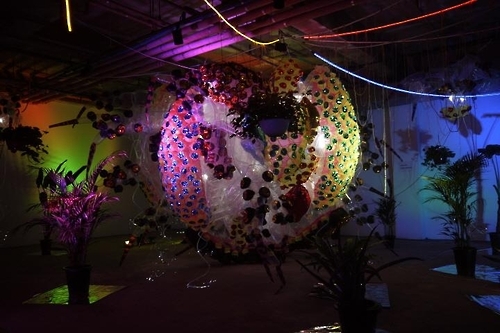