"The 2017 Lee Jong-suk Fanmeeting 'Variety' in Japan" brought a total of 5,000 fans to Omiya Sonic City Big Hall, Saitama, Japan, on Wednesday and Thursday, according to YG Entertainment.

The two-day occasion, an encore to the previous one held last September but on a larger scale that accommodated 2,500 people each day, sold out despite it being held on a weekday, YG added.

The scale was enlarged due to the great support from local fans it received last time, when over 8,000 people applied for the event, three times higher than the initial goal.

The latest show consisted of various programs including singing performances and a giveaway session where Lee gave chocolates and bouquets to fans for the upcoming Valentine's Day. He also delivered the news that, after just recently wrapping up his new film "V.I.P" directed by Park Hoon-jung, he is set to start shooting an upcoming SBS drama, tentatively titled "While You Were Sleeping."

Lee was given the grand prize at the 2016 MBC Drama Awards for his role in the hit MBC series "W," which also aired via Japanese CS channel from last November. 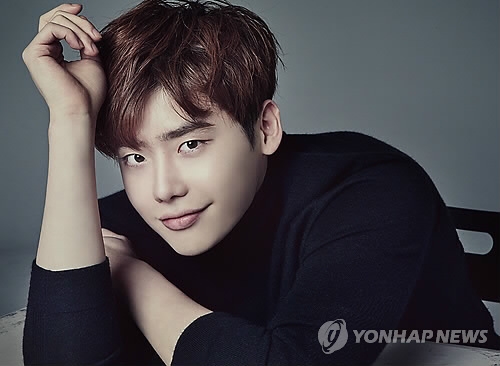