The Seoul High Court dismissed a complaint that former presidential chief of staff Kim Ki-choon filed on Tuesday accusing the independent counsel team of overstepping their authority by investigating a case that was not in their mandate.

The special prosecutors' investigation centers on allegations that Park's friend Choi Soon-sil abused her ties to the president to meddle in state affairs and extort money from conglomerates. The blacklist allegations surfaced after parliament impeached Park and the independent counsel was appointed in December.

Kim was arrested last month on suspicion of orchestrating the creation and execution of the blacklist that targeted thousands of artists, writers and filmmakers who were critical of the conservative administration.

"Kim's offenses were revealed in the process of investigating some of the allegations listed in the law governing the special prosecutors," it said in its ruling. "Therefore, one can reason that (the alleged blacklist) is logically related to these (other) allegations."

Park was recently named an accomplice in the blacklist's creation, but she has denied any knowledge of it. 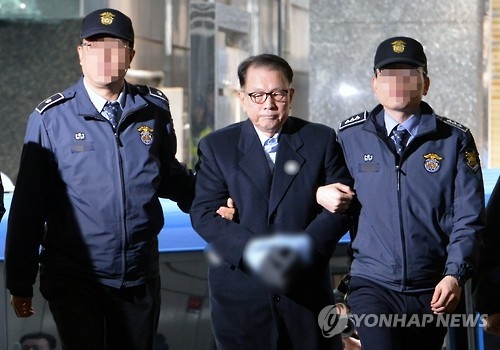