The prosecutors are tracking the man, only identified as his surname Won, after securing an arrest warrant from a Seoul court.

He is suspected of having taken huge profits by manipulating the share price of Homecast Co., a set-top box maker listed on the KOSDAQ, in 2014 in collusion with a group of private moneylenders based in Myeongdong, a bustling district in the capital.

Won, who runs an investment company, is nicknamed "Midas Touch" in KOSDAQ investment circles for winning massive gains from a series of successful investments, especially in entertainment businesses.

The stock price of Homecast, founded in 2000, more than doubled in 2014 with the change of its major shareholder to H Bion, a bio-tech firm owned by Hwang Woo-suk, a stem cell researcher.

Won and his wife took more than 3 billion won (US$2.6 million) in gains from their investment in Homecast, according to the sources.

"This case features the big investor in the KOSDAQ market and five to six private moneylenders in Myeongdong," a financial industry official said. 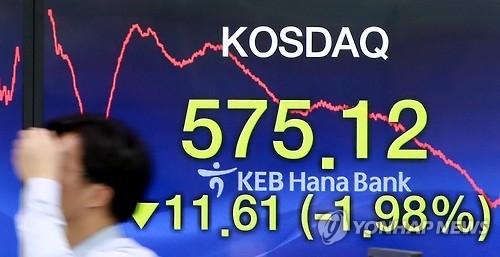