"The Song" is the lead single off his new album "OO," which is his first project since he was signed to The Black Label, a subsidiary of YG Entertainment.

However, upon its release, no other song has gained quicker media attention than "Complex," a collaboration with superstar G-Dragon.

GD's brand new verse itself makes the news, but unexpected controversy surrounding some parts of its lyrics had another big role in making noise. Some have found them derogatory towards K-pop idols in general as they say "I wish I was an idol act so that I can be famous only by singing soppy love songs or doing a strip on stage."

Since he rose to prominence following his breakout single "Yangwha Bridge," a love letter to all fathers, the 27-year-old hip-hop/R&B crooner has been met with general praise for his unique singing approach as if he is whispering or mumbling about his everyday life and blunt lyrics particularly appealing to young listeners who are not big fans of vague metaphors. This style is thought to have been formed due in part to his original musical roots that hugely gravitated towards straight-up hip-hop.

As his style has been widely noted for a variety of genres, including hip-hop, R&B and soul, he's become one of the favorite artists of musicians of different genres for collaborations.

Besides Beenzino and GD, other renowned artists such as Zion.T's frequent collaborator Kush, Peejay and Seo Won-jin are also credited on the album. "OO" was officially released on Wednesday. 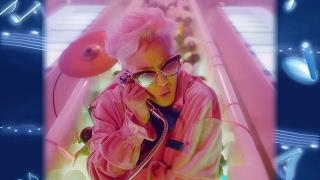