The title track from the South Korean group's third EP album has reached the milestone, Source Music said, citing the benchmark music chart operator Gaon's tally for the fourth week of January. The album was released in January 2016.

GFriend so far has two songs, including "Me Gusta Tu," which were enjoyed over 100 million times through streaming.

The group has enjoyed enormous popularity at home and abroad, with back-to-back hits including "Navillera" and "Glass Bead." 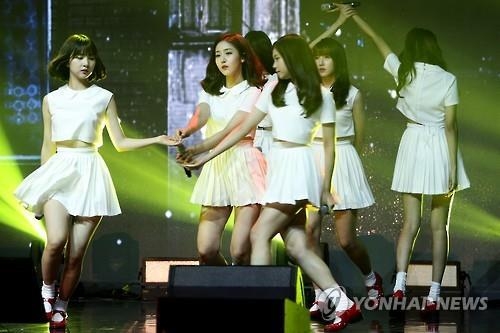