SEOUL, Feb. 4 (Yonhap) -- In a restaurant located on the 50th floor of a high-rise in Yeouido, western Seoul, a newly married celebrity couple sang a sweet love song.

The song, sang by one of the hottest celebrity couples in Korea at the moment, went, "Please love me like you do now. Unless you change, you are the only one who owns me. I will never change."

At the after-party in the evening of Jan. 19, the newlyweds, singer Rain (Jung Ji-hoon) and actress Kim Tae-hee, held hands in front of a small gathering of close friends and relatives to sing the duet "Happy Me" by Eco. 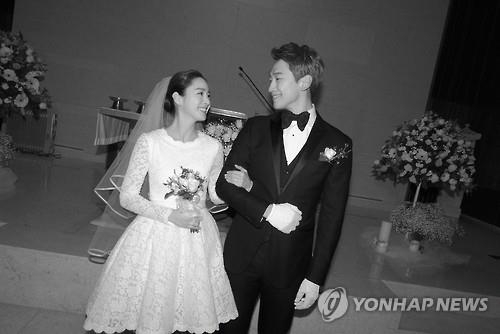 Earlier that day, the couple married at a catholic church in central Seoul, bringing a happy ending to more than four years of dating.

Kim, in a white satin dress, shyly said, "This is for now," after singing the first verse of the song.

The party was attended by Rain's close friends including producer and singer Park Jin-young, Psy, and first-generation K-pop group "god" members. Some of them sang for the couple in return, wishing them "happily ever after." Psy belted out his song "Entertainer" and Park Jin-young played the piano. 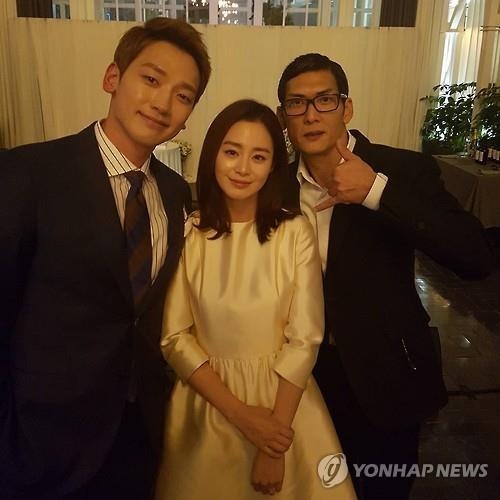 One attendee told Yonhap News Agency, "It was such a cozy and cheerful gathering." Another said "The venue was so romantic with an amazing night view over the Han River. The couple must have been tired after a long day but took photos with each of the attendees."

The venue, The Skyfarm, is said to be run by Rain's close friend Noh Hee-young, CEO of YG Foods. She posted a photo of herself posing with the lovebirds on her Instagram, saying "Ji-hoon (Micheal, his baptism name) finally married one of Korea's most beautiful girls Kim Tae-hee (Verda). What a reverent mass and a warm and happy wedding ceremony~ We all heartily celebrated them." 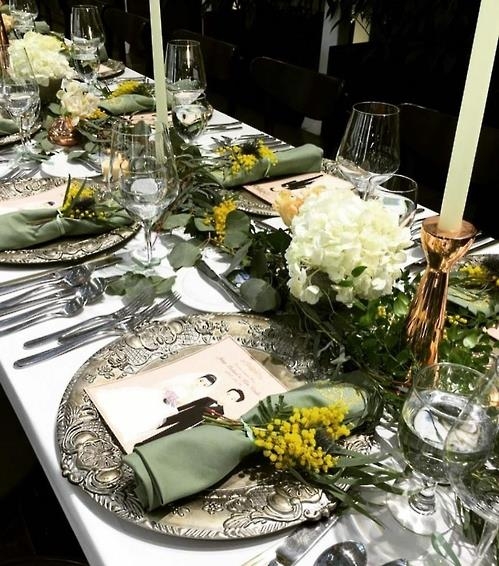 In the wedding ceremony, Kim's niece walked the isle a few steps ahead of the couple, who, slowly following the flower girl, couldn't hide their excitement and happiness. Big applause and cheers erupted from the family members and friends in attendance.

Last Friday, the two came back from their honeymoon in Bali, Indonesia. They've started a new life in Rain's house in Cheongdam-dong, southern Seoul.

Rain is expected to release a new song next month. 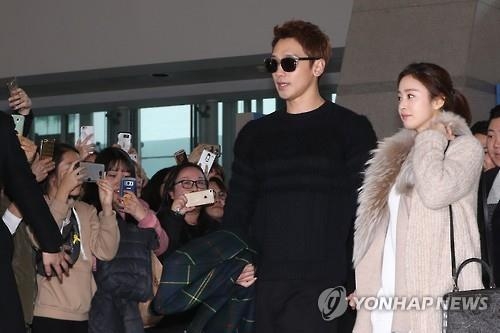