On the women's side, Justyna Kowalczyk of Poland took her first World Cup victory since 2014. The two-time Olympic champion finished the 15km race in 43:54.7, beating Elizabeth Stephen of the United States by 56 seconds. Japan's Masako Ishida was third at 45:09.5.

"I was a little bit afraid before the race, because I wasn't satisfied with my performance yesterday," said Kowalcyzk, who finished fourth in the 1.4km sprint classic Friday. "But now I think I'm ready for the upcoming World Championships."

On the home side, Lee Chae-won enjoyed the best World Cup performance by a South Korean, finishing 12th at 46:02.7. Her previous best finish at a World Cup was 43rd.

The FIS competition will conclude with team sprint races on Sunday. 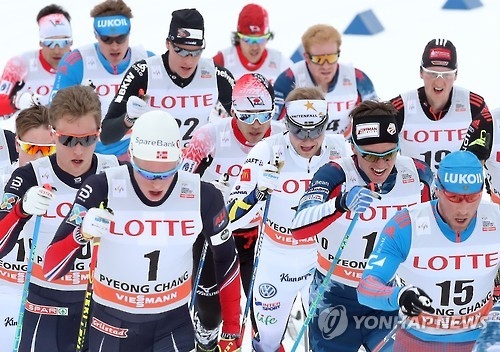