Under a contract with Thailand's state-owned CAT Telecom, signed last Friday, SK Telecom plans to build the network and start a trial service of IoT in April, the company said in a statement.

The IoT technology is aimed at connecting every object with the Internet, allowing them to send and receive data.

SK Telecom uses the low-power LoRa technology, one of the IoT standards seeking to become a global platform.

At first, SK Telecom said it will build the IoT network near the Grand Palace in Bangkok, offering a location-tracking service for tourists. The service also allows people to hail a taxi or find lost objects, SK Telecom said.

The contract also calls for SK Telecom to sell devices and IoT platforms in Thailand, according to the company. 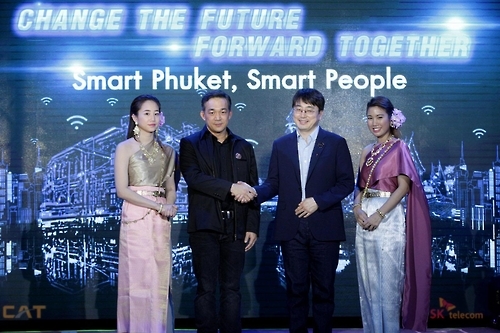 SK Telecom to build network for Internet of Things in Thailand

SK Telecom to build network for Internet of Things in Thailand