SEOUL, Feb. 5 (Yonhap) -- The special counsel investigating an influence-peddling scandal centered on President Park Geun-hye is seeking to have a face-to-face interrogation with her this week. It will be the first-ever prosecution enquiry of a sitting South Korean president if it is carried out as planned, officials said Sunday. 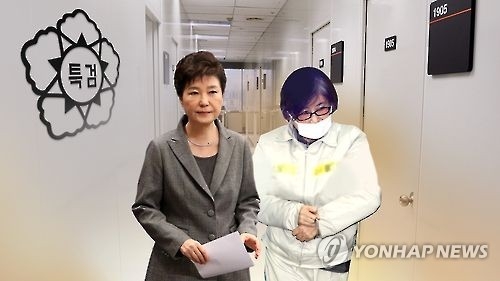 The envisioned enquiry is likely to focus on what role the president played in Samsung Group's financial contributions to cultural foundations controlled by Choi Soon-sil, an imprisoned long-time friend of the president. Also, it will touch on her role in crafting a blacklist, through which cultural figures and artists were unconstitutionally discriminated against. Park has repeatedly denied those charges.

An official on the presidential side said they will use the enquiry as a chance to "rectify what is wrong and illuminate what needs to be legally clarified."

Special counsel seeks to interrogate Park in person this week

Special counsel seeks to interrogate Park in person this week