PyeongChang hosted the FIS event for the first time as a test event for next year's Winter Olympics.

Rydzek beat compatriot Eric Frenzel, the reigning Olympic normal hill champion, in a photo finish. Both skiers posted the time of 26 minutes and 14 seconds, and Rydzek was declared the champion after further review.

Nordic combined consists of ski jumping and cross-country skiing. The leader in the ski jumping portion starts at 00:00, while everyone else starts with time disadvantages according to their ski jump scores. One less point equals four seconds of disadvantage in cross-country.

With his 14th career World Cup victory, Rydzek remained at the top of the World Cup leader board this season, just ahead of Frenzel. 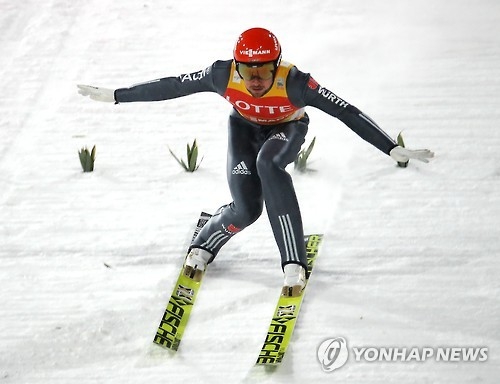