PyeongChang staged the FIS World Cup for the first time this weekend as a test event for next year's Winter Olympics.

In the women's team sprint, Sweden finished first in 20:37.11, with Norway coming in second place by 1.71 seconds.

South Korea was shut out of the finals in both events. Kim Magnus, the country's top prospect with Youth Olympic titles to his credit, missed all races in PyeongChang due to flu-like symptoms. 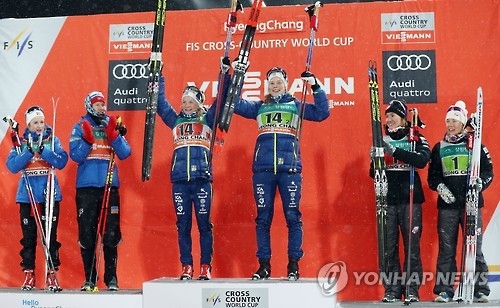