TOKYO/SEOUL,Feb. 6 (Yonhap) -- Japan will allow entry to North Korean athletes for an upcoming regional sports competition as an exception to its travel ban, a news report said Monday.

The news agency noted that while Japan normally bans North Korean nationals from entering the country, it will make an exception for sports exchange.

In February last year, the North Korean women's football team was also allowed to travel to Japan for the Olympic qualifying tournament.

According to Kyodo's report, the Japanese government will require all North Korean officials accompanying the athletes to submit valid proof of identity and check for any connection with the North Korean military or its ruling Workers' Party.

A Japanese foreign ministry official told Kyodo that politics and sports should be kept separate.

About 20 athletes and officials have signed up for the Asian Winter Games, according to the Japanese government and the competition organizers.

North Korea's joining of the upcoming Asian Winter Games may raise the possibility that Pyongyang could send its athletes to the 2018 PyeongChang Winter Olympics to be held in South Korea.

The South will host the Winter Games in PyeongChang, 180 kilometers east of Seoul and its sub-cities, in February next year.

North Korea has yet to express its intent to take part in the upcoming Olympics, but the games' top organizer has said that South Korea will welcome North Korean participation.

"Basically, whether North Korea would take part in the games will be handled in accordance with international practices, relevant regulations and procedures," Jeong Joon-hee, a ministry spokesman, said at a regular press briefing.

"But North Korean athletes will first have to qualify for the Olympics," he added.

North Korea did not send its athletes to the 2014 Sochi Winter Olympics. In 2010, Pyongyang sent two players in the figure and speed skating competitions to the Winter Games in Vancouver, but failed to win medals.

Experts said that North Korea's possible participation in the 2018 PyeongChang Olympics would help ease long-frayed inter-Korean tension which was sparked by Pyongyang's nuclear and missile tests.

With "Peace Olympics" being one of the four main pillars for the event, North Korea's possible attendance at the Winter Games would well meet PyeongChang's stated targets, they said. 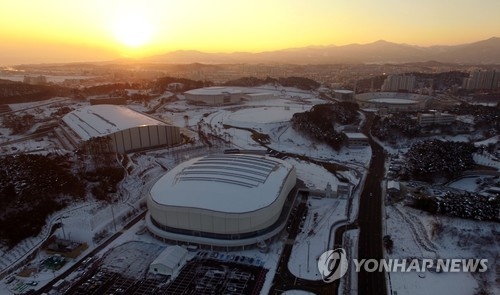