SEOUL, Feb. 6 (Yonhap) -- With many of South Korea's households piling on debt, concern has grown about potential risks facing Asia's key economy already in the doldrums.

Some economists warn that private household debt in the country may increase to as much as 1,500 trillion won (US$1,310 billion) at the end of this year, close to four-fold of South Korea's yearly budgets set at around 400 trillion won.

Simply calculated, it means a South Korean household would owe 78 million won to banks and other lenders and 29 million won of debt per person.

Household credit here totaled 1,295.8 trillion won as of end-September last year, up 11.2 percent from a year earlier mainly on the rise of mortgage loans. The volume has apparently exceeded 1,300 trillion won, given the trend of monthly growth.

In particular, the number of heavily indebted households has continued to climb.

The proportion of "marginal households," whose debt-to-disposable income ratio is over 40 percent, jumped to 14.8 percent in 2015 from 12.3 percent in 2012, showed the Statistics Korea's data.

Among them, 73.6 percent have reduced spending due to their debt burden, adding to the sluggish domestic consumption and a drawn-out economic slump. Most of the vulnerable are self-employed or elderly people. 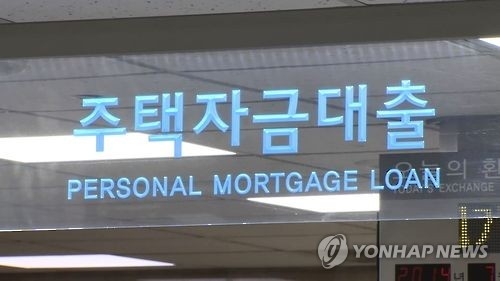 The average rate of 10-year mortgage loans by the country's five major banks -- Shinhan, KB Kookim, Woori, KEB Hana and NH -- stood at 3.30-3.58 percent in December, nearly 0.7 percentage point up from 2.66-2.92 percent half a year earlier, according to the Korea Federation of Banks.

The U.S. is expected to increase its policy rate a few more times in 2017, which would deal a direct blow especially to self-employed people here running their businesses on borrowed money.

Government officials said the nation's household debt continues to expand but pointed out that chances are slim that it will trigger a "systemic risk."

They stressed growth in household debt has slowed down amid aggressive policy efforts including the tougher screening of borrowing qualifications.

He cited a burgeoning change in the household debt structure and the financial soundness of lenders here.

The authorities have coaxed homeowners into switching to fixed-rate and amortized mortgages.

Local banks, which posted a 10.8-percent increase on-year in household lending in 2016, aims to reduce the rate to 6.9 percent this year. Non-bank lenders target 8.3 percent after 11.4-percent growth last year. 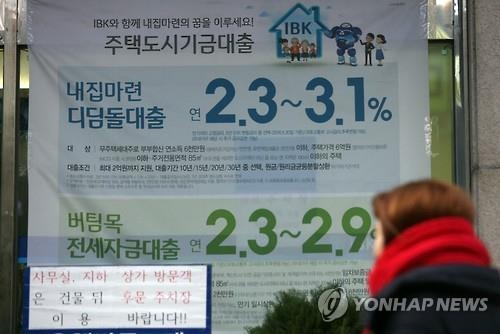 A dilemma is the possibility of a sudden impact to the real estate market which has shown signs of an adjustment after years of boom.

With domestic spending sagging and exports recording slower-than-expected growth, South Korea's economy has been buttressed by the construction sector.

"Government policy on the real estate market needs to be based on the principle of demand and supply," Park Chang-kyun, a Chung-Ang University professor, said. "(Officials) should no longer think about using financial restrictions." 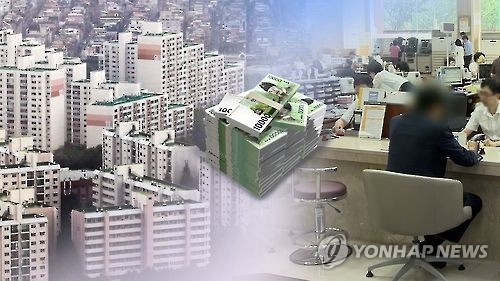 Lim Jin, a senior researcher at the Korea Institute of Finance, also said relevant policy measures should be taken with any political considerations.

The next administration, whether liberal or conservative, needs to maintain the current policy in general and push for some policy adjustments if necessary, he added.