The number of imported cars newly registered here in January came to 16,674, up 2.7 percent from 16,234 cars registered in the same month last year, according to the data from the Korea Automobile Importers and Distributors Association (KAIDA).

The on-year increase comes amid continued difficulties facing Audi and Volkswagen cars due to a government ban on sales of more than 80 vehicle models.

The local government revoked its sales license for more than 80 Audi and Volkswagen cars after their importer and distributor -- Audi Volkswagen Korea -- was found to have fabricated the cars' efficiency and emissions test results.

Mercedes-Benz Korea, the local importer and distributor of the German vehicle, on the other hand, sold 6,848 cars here last month, enjoying a 59.3 percent spike from 4,298 vehicles sold a year earlier. 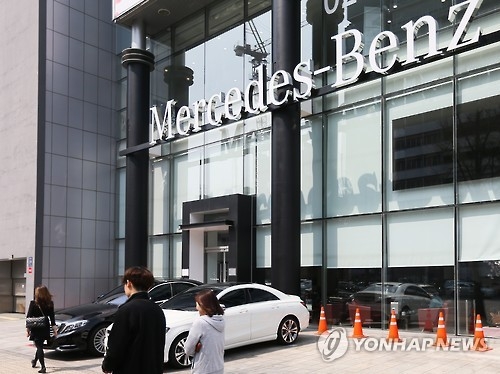 Sales of Toyota cars more than tripled to 895 vehicles from 275 cars over the cited period, while sales of Nissan vehicles nearly doubled to 518 units from 260.