SEOUL, Feb. 6 (Yonhap) -- The total value of South Korean stocks under foreign ownership has exceeded 500 trillion won (US$440 billion) for the first time on indications of a global economic recovery and improved earnings by some local giants, data showed Monday.

Foreign investors owned 501.9 trillion won worth of shares here as of the end of January, 32 percent of the combined market capitalization of all companies listed on the nation's bourse, according to the Financial Supervisory Service (FSS).

The volume represents a 28.1-percent rise from 403.9 trillion won posted a year earlier.

Market watchers said foreigners appear to have increased their holdings of South Korean stocks, encouraged by an improvement in the earnings of Samsung Electronics Co. and some other large-cap firms. 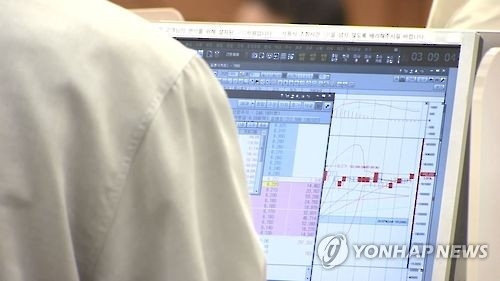