Suh Chang-suk, CEO of Seoul National University Hospital, is suspected of giving undue favors to a local doctor, Kim Young-jae. Kim is close to Park's friend Choi Soon-sil and is being investigated for treating the president with injections without due security and safety checks, based on his ties to Choi.

The independent counsel team, led by Special Counsel Park Young-soo, is looking into whether Suh was behind the appointment of Kim, a general practitioner, as a professor at the hospital's outpatient department in July last year. Suh was appointed to lead the hospital in 2016, after serving as the president's doctor from 2014.

The wife's company, in return, was given over a billion won in research and development funds from the government in 2015, the investigators suspect.

Presidential secretary for health and welfare Kim Jin-soo was quizzed the same day over the details of the government's decision.

Investigators have been intensifying the probe ahead of their deadline slated for Feb. 28. The special prosecutor Park can request an extra 30 days, though it requires approval from the Acting President and Prime Minister Hwang Kyo-ahn.

Lee Kyu-chul, the team's spokesman, said they are positively considering asking for an extension of the investigation.

An aide to Acting President Hwang said that he would review whether to extend the investigation period should there be a request from the independent counsel team.

The trial on Choi and An has also been accelerating, with key witnesses close to Choi attending the hearings.

Ko Young-tae, an associate of Choi who revealed various information about the longtime confidante of the president, appeared at the Seoul Central District Court on Monday. It was his first media appearance in weeks, after he had attempted to avoid the spotlight by not responding to repeated summons from the Constitutional Court reviewing President Park's impeachment.

An official from the Constitutional Court tried again to deliver a summons to Ko requesting his appearance at the court on Thursday, but he declined to accept it, saying he would contact the top court within the next two days, according to a court official. 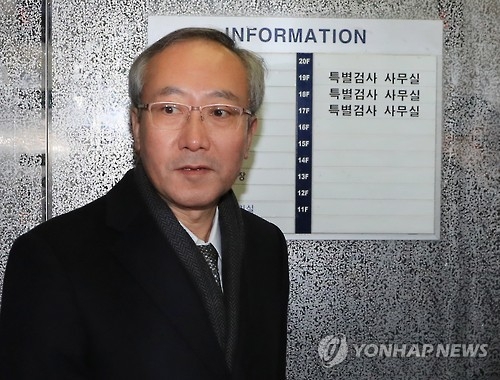