Consumers' perceptions of increases in consumer prices in the past year came to 2.7 percent in January, the highest level in 26 months, according to data from the Bank of Korea (BOK).

Meanwhile, the consumers' expected inflation rate for the next 12 months came to 2.8 percent in January, the highest level in 28 months, the BOK data showed.

Separately, local companies have said they could raise their product prices next month due to higher purchase costs of oil and other raw materials, the data said. The central bank expected South Korea to import crude oil at US$51 per barrel this year, higher than $41 last year. It also projected that prices of raw materials could go up this year on the back of recovery in the international raw materials markets. 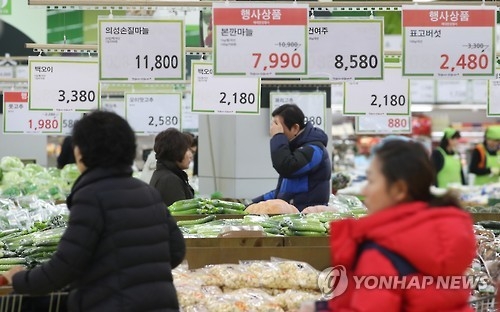