Hancom, well-known among South Koreans with its mainstay word processing computer software based on the Korean language, has steadily improved its operating performance since logging an annual sales of 50 billion won in 2011.

The company, which has stood as a competitive and viable rival here to U.S. giant Microsoft Corp., said it aims to focus on five new emerging markets through enhancing marketing toward local business consumers this year.

Hancom's latest Neo, rolled out in January 2016, is compatible with Microsoft Word files and comes with an automatic document translation feature as well, officials said. 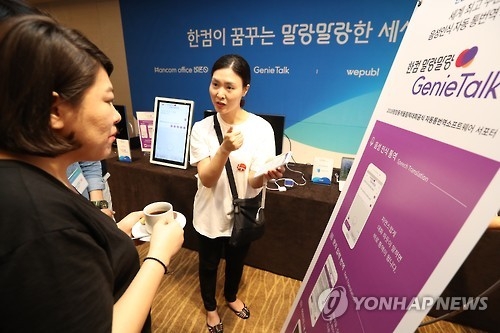