Won became the second Saenuri lawmaker to join this year's presidential race. Rhee In-je, a former six-term lawmaker of the same party, threw his hat into the ring last month.

During a press conference, Won suggested a two-stage constitutional revision that seeks to alter the country's governance structure before the presidential election and handle other issues related to the revision after the election.

Won said he would push for a power-sharing governance structure under which the president and the prime minister share powers with the central government delegating a significant portion of its authority to provincial governments. 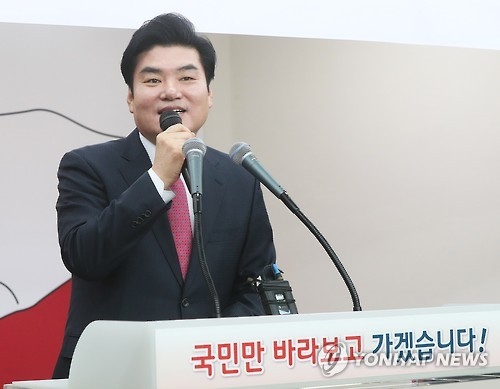