The clip marks the eighth installment of the group's cover song project where the band members showcase various talents that have not been revealed on air.

The music, originally sung by acoustic duo Bolppalgan4, compares the heart throb of a girl in love to sweet chocolate.

The group, slated to release its second EP on Feb. 28, debuted under public spotlight last June with the album "ACT.1 The Little Mermaid," thanks to its two members Mina and Sejeong, who starred in the Mnet hit audition show "Produce 101" before its official debut. 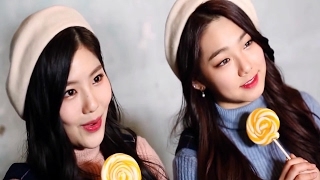