The new technology, tentatively named the touch screen window system, is one of many new technologies pursued after being suggested by Ssangyong's own researchers and employees.

Such new technologies were recently introduced to Ssangyong employees at R&D Tech-Day held at the company's training center in Anseong on Friday, the company said in a press release.

A company official said the new window system will likely be introduced to the public before the year's end.

"The company will continue to develop next-generation products that will meet the needs of its customers while setting a new trend by encouraging creative ideas and innovative research," Ssangyong Motor President Choi Jong-sik was quoted as saying. 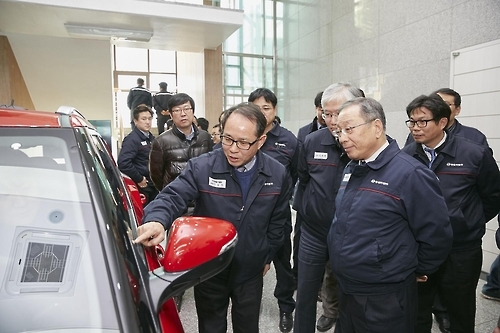