DAEGU, Feb. 6 (Yonhap) -- A man in his 30s with a hand transplant has been recovering fast from the surgery last week, raising the prospect that the first hand transplant in South Korea will be a success, a hospital said Monday.

A team of surgeons performed a 10-hour hand transplant on the man on Thursday at the Yeungnam University Medical Center in the southeastern city of Daegu, marking the first time that a transplant replacing a hand has taken place in the country.

W Hospital, where doctors assisted in the surgery, said the patient is in stable condition and his figures on immunosuppressive therapy have turned out to be normal. He cannot use his left hand because it is in a plaster cast, but he can move his fingers.

The team transplanted a left hand, which extended to about 5 centimeters below the wrist, from a man in his 40s who had been pronounced brain dead. 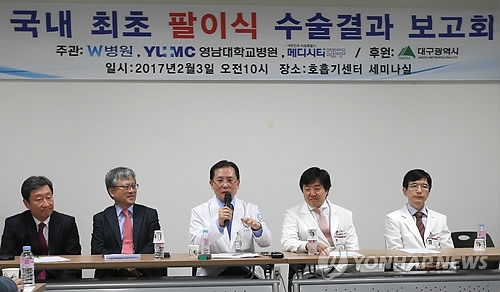 Doctors plan to administer exercise treatments to the patient for the coming week before putting him under a rehabilitation program.

A doctor at the hospital said, "It remains to be seen if the operation is successful." If it is, the recipient will be able to lead a normal life doing things such as pouring water into a cup or holding light luggage.

Hand transplants, which demand a high level of complicated surgical skill as they deal with complex tissues, have been conducted worldwide since 2000. The United States reported the world's first successful case in 1999.

About 70 hand transplants have been completed so far and 90 percent of them have turned out to be successful. 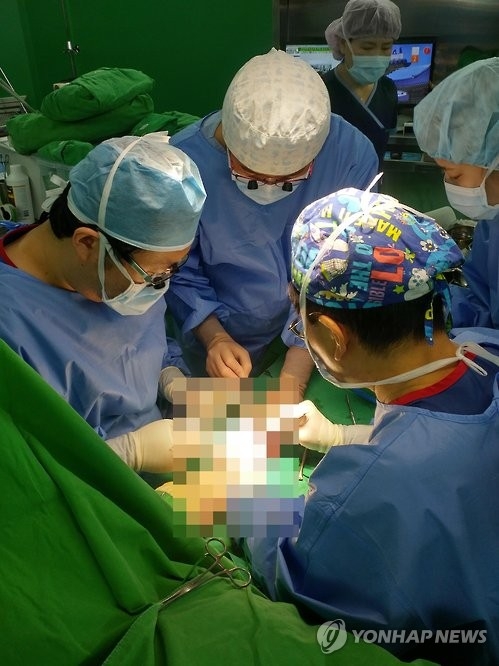