The company, widely known as KEPCO, posted a record high of 12 trillion won (US$10.5 billion) in operating profit, with its full-year revenue growing 2.1 percent to 60.1 trillion won.

But its net profit plunged 45.5 percent to 7.3 trillion won in 2016 from a year earlier mainly on a base effect.

The electricity supplier's net profits sharply widened to 13.4 trillion won in 2015, boosted by reduced fuel costs and the sale of its main building in the affluent Gangnam Ward to Hyundai Motor Group. 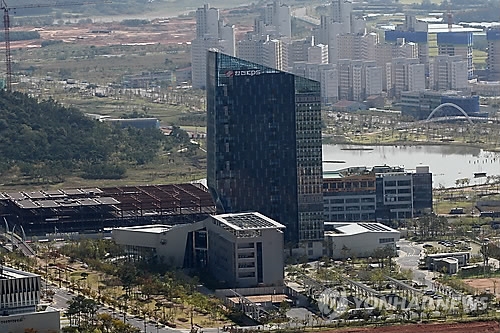