And she'll get to find out in almost exactly a year from now, when PyeongChang will host the 2018 Winter Games.

And Lee, the two-time reigning gold medalist in the women's 500 meters, said Monday she can hardly wait for that competition.

"Since the Olympics will be at home, it'll be even more fun and exciting," Lee said at Gangneung Oval, which will host the International Skating Union (ISU) World Single Distances Speed Skating Championships starting Thursday. The arena will host the speed skating races at next year's Olympics, and the ISU event is the first international competition to be held at the new facility.

"When I went to the Olympics in other countries, I thought, 'What if I was skating in my own country?'" Lee added. "I can't believe PyeongChang is already next year, because it seems like the Sochi Winter Olympics (in 2014) only just ended."

Lee is also the world record holder in the 500m with a time of 36.36 seconds. But she has struggled this season with a calf injury -- with no victory in the ISU World Cup season -- and she will be out to prove this week she's still a force.

Lee is the defending world champion and will go for her fourth title overall Friday. She said she likes the ice conditions at Gangneung Oval, saying they remind her of the arena in Vancouver, where she won her first Olympic gold in 2010.

"It's difficult to explain this in precise terms, but I personally like this type of ice," Lee said. "I think it will favor Korean skaters, and we should be able to post good times."

Lee even said some skaters could even approach world records. As for herself, Lee added, "I might not break the 37 second mark, but I could come close to the (37.28 in the second of two races) I posted in Sochi." 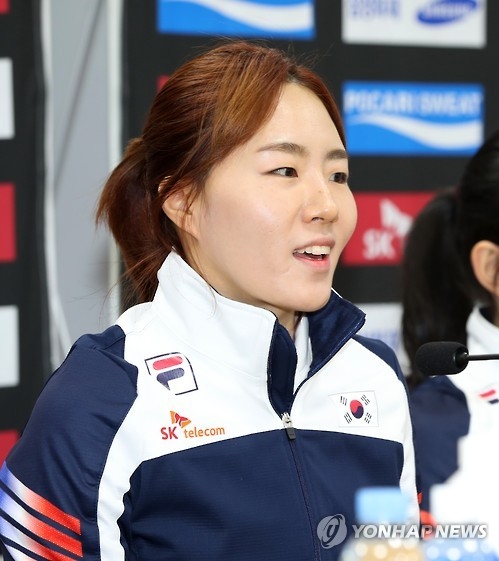 While Lee has been slowed by an injury, some of her Asian rivals have stepped up. Nao Kodaira of Japan has gone undefeated in her six 500m races this season to lead the World Cup points race. A Chinese veteran, Yu Jing, has picked up two victories herself.

Lee declined to single out a rival for this week and for PyeongChang 2018, however, saying the biggest battle she wages will be against herself.

"I am not at a point where I could pick out any rivals," she said. "I've been struggling to deal with the pressure to do well. I am getting better, and I need to keep the focus on myself."

Lee said her leg is feeling better, though she hasn't had enough time to fully treat the nagging injury during the season.

"It's hard for me to predict how high I will finish or how fast I will skate," Lee said of this week's competition. "It'll just be about doing the best I can."