SEOUL, Feb. 6 (Yonhap) -- Chang Young-min, CEO of G&E Biotech, has been selling sanitary pads for more than 10 years and hopes that what he makes will change people's perspective.

In an interview with Yonhap on Friday, Chang said the rampant use of disposable pads ended up undervaluing the important role of women in giving birth. "I wish that people will do some rethinking."

Chang makes "hannahpads," which are cotton sanitary pads that can be used for two to three years. He came across the idea when he was a senior in college in 2005 and founded the company. 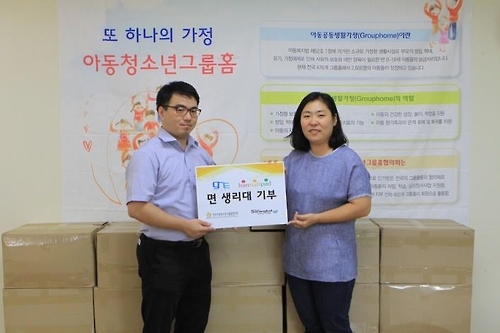 "Using disposable pads that become instant trash has created a culture of hush-hush about menstruation," he said. "In addition to protecting women and the environment, I hope that my company products will remind people about the preciousness of life."

These days, Chang has turned to social sharing.

A couple of years after starting the business, he learned about group homes where people of all ages, some with disabilities and others who were seriously underprivileged, lived together. He has been donating his company's sanitary pads to orphanages at home and in some of Southeast Asian countries, but it wasn't until last year that he decided to give donations in earnest.

Health companies had tried to raise the price of sanitary napkins last year but came under heavy criticism, blamed for seeking profits on products that are absolute life necessities. The news of the intended price hike stirred up online debates, with personal accounts given by young girls from needy families who said they were unable to afford them.

"If you use reusable products, then the problem can be solved for at least a couple of years," Chang said.

"There are many foreign countries that do not have enough of the products. At home, there are aid organizations that buy the products at market price to give to people in need."

Chang was able to receive 51 million won (US$44,839) in contributions from storyfunding in summer last year for his cause. He also accepted contributions through his company website for six months. He said he was able to help some 2,100 women through the activity, including young high school girls, unwed mothers and children of single parent homes.

He conducted a second storyfunding campaign that ended early this month.

"I will be delivering the donations from the second campaign to girls of low-income families through a local aid group," he said. 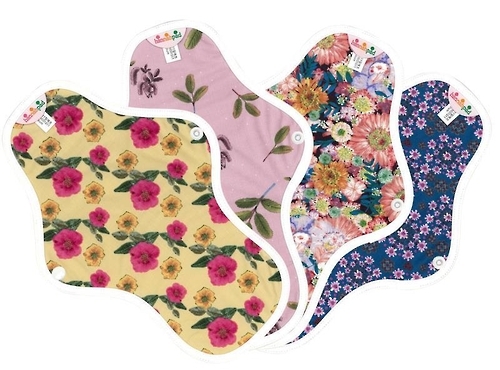