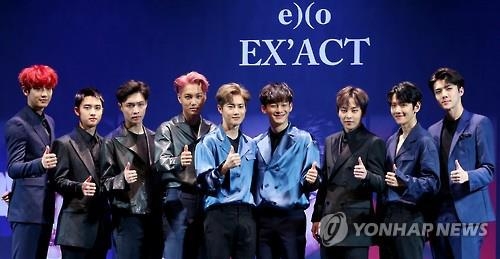 So far, the South Korean pop act has four songs -- the three others being "Overdose," "Growl" and "Call Me Baby" -- with over 100 million view on the global video-sharing platform.

Since its debut in 2012, EXO has grown into one of the most popular K-pop boy bands, with its three full-length albums achieving sales of over 1 million copies. The band is currently in the middle of its third world tour.