The team led by Cheon Jin-woo at the Center for Nanomedicine under the Institute for Basic Science (IBS) developed the so-called "nano MRI lamp" which activates MRI signals only in the presence of the disease target.

"This study can overcome the limitations of existing MRI contrast agents," Cheon said in a press release, adding that the discovery would open a new gateway in non-invasive MRI technology in diagnosing various diseases.

The team said it has named this phenomenon as "Magnetic REsonance Tuning (MRET)."

The researchers said they have tested the nano MRI lamp for cancer diagnosis and detected the presence of an enzyme that can induce tumors.

The findings were published in the journal "Nature Materials." 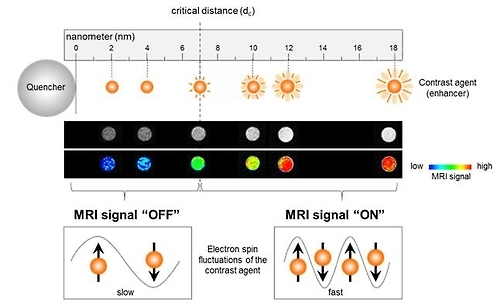