SEOUL, Feb. 7 (Yonhap) -- The countdown to the first Winter Olympics to be held in South Korea will reach one year on Thursday, with the east coast host city of PyeongChang ratcheting up its preparations and homegrown athletes eyeing a record medal haul.

PyeongChang, which lies some 180 kilometers east of Seoul in Gangwon Province, won the bid to host the 2018 Winter Olympics in July 2011. The competition will be held from Feb. 9 to 25 next year under the slogan "Passion. Connected."

PyeongChang 2018 will be the first Olympics in South Korea since the 1988 Seoul Summer Games.

A dozen venues in PyeongChang and its sub-host cities of Gangneung and Jeongseon will stage seven sports across 15 disciplines.

The PyeongChang Organizing Committee for the 2018 Olympic & Paralympic Winter Games (POCOG) estimates 95 countries will send about 6,500 athletes and officials to take part in its Olympics. They will vie for 102 gold medals at stake. 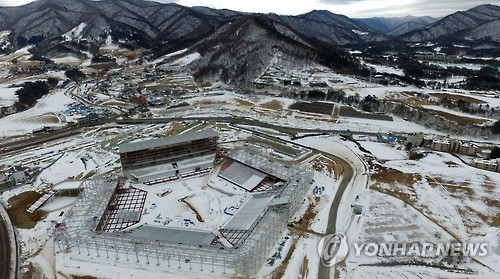 PyeongChang is the only city to win a Winter Games bid on its third try. It lost to Vancouver for the 2010 Olympics and then to Sochi for the 2014 edition.

PyeongChang finally beat out Munich, Germany, and Annecy, France, for the 2018 Olympics.

The 12 venues are all located within 30 minutes of each other, and it's the compact venue concept that helped PyeongChang win the support of the International Olympic Committee (IOC) members.

Jeongseon Alpine Centre is the lone venue in Jeongseon, about 20 kilometers south of PyeongChang.

Six of the 12 venues are being constructed for the Olympics, while six existing facilities will be used for the occasion. The organizers are spending a little more than 872 billion won (US$769.1 million) on venue construction.

As of January, the six new facilities are on average 96.3 percent complete.

The speed skating competition is one of several test events to take place at Olympic facilities, aimed at helping the organizers hone their operational skills. Through April, PyeongChang and its sub-host cities will also stage Olympic test events in figure skating, hockey, snowboarding, bobsleigh, skeleton, biathlon, ski jumping and curling, among others. 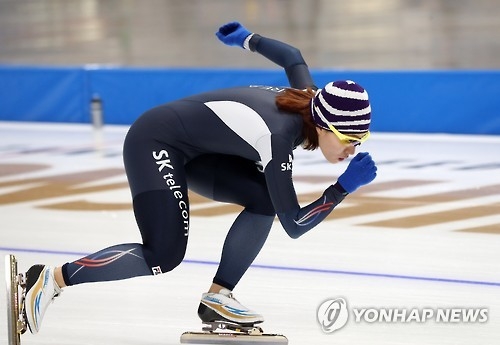 South Korea has set out to collect up to 20 medals, including eight gold, and crack the top five in the medal race at home.

South Korea's best Winter Games performance came at Vancouver in 2010, when it won six gold medals and hauled in a record 14 medals total to finish fifth.

All 26 Winter Olympic titles by South Korea have come from ice events -- short track, speed skating and figure skating. It is eyeing stronger performances in sliding events in 2018.

A whopping 21 of those 26 gold medals have come from short track speed skating, and the country should pick up a few more on home ice.

Shim Suk-hee and Choi Min-jeong have dominated the women's competition of late and they will be considered heavy favorites. Shim won three medals at her Olympic debut in 2014, while Choi is a two-time reigning world overall champion. This season, Choi is the International Skating Union (ISU) World Cup points leader in the 1,000m, while Shim is No. 1 in the 1,500m. With those two leading the way, South Korea has won four of the five World Cup relay titles.

On the men's side, Lee Jung-su, a double gold medalist at the 2010 Olympics, has revived a once-fading career and shot up to No. 2 in the World Cup rankings in the 1,500m this season.

In speed skating, Lee Sang-hwa will try to win her third straight gold medal in the women's 500m. Only Bonnie Blair of the United States has won three straight Olympic titles in the distance, though the third of Blair's title, at the 1994 Lillehammer Olympics, came two years after her second gold.

Two former short trackers will seek to become inaugural Olympic speed skating champions in mass start, a 16-lap race with all skaters starting at once. Lee Seung-hoon and Kim Bo-reum are currently world No. 1 in men's and women's mass start this season. 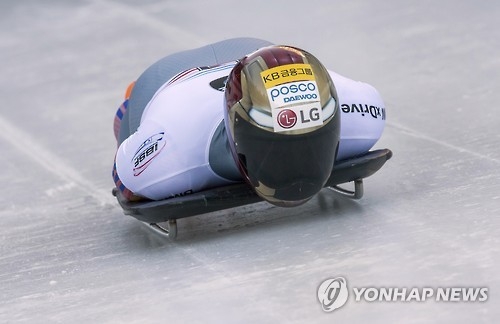 Yun Sung-bin in men's skeleton represents South Korea's best hope for the first Olympic medal in a sliding event. He has been battling Latvian veteran Martins Dukurs for the world No. 1 ranking all season and hasn't finished outside the top five at any of his seven International Bobsleigh & Skeleton Federation (IBSF) World Cup stops this season.

Won Yun-jong and Seo Young-woo, the two-man bobsleigh team, ended last season as the world No. 1, though they've gone winless this season and dropped to world No. 4.

The government has pledged support to ensure the home fans will have a lot to cheer about next year. The Ministry of Culture, Sports and Tourism has brought together representatives from the Korea Sport and Olympic Committee, the PyeongChang organizing committee and national winter sports federations for the PyeongChang 2018 Performance Improvement Support Team. The government has set aside 33.7 billion won this year to fund athletes' training and help with overall Olympic preparations. 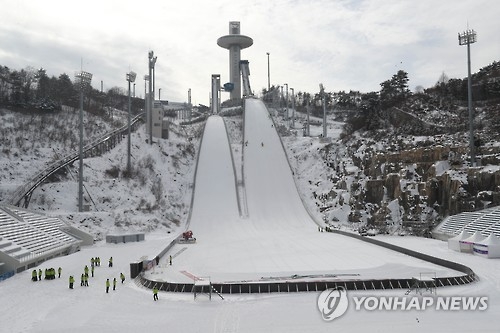 Representing the PyeongChang Olympics will be a white tiger dubbed "Soohorang." A white tiger is a mythological guardian in Korean folklore and is considered sacred.

"Sooho" means protection in Korean, and "rang" comes from the middle letter of "ho-rang-i," the Korean word for tiger.

Song Seung-whan, a veteran musical director best known for the popular non-verbal show "Nanta," will serve as the executive producer for the opening and closing ceremonies.