SEOUL, Feb. 6 (Yonhap) -- Many raised their eyebrows when director Park Kwang-hyun first unveiled a plan years ago to make a crime-action thriller with a computer gaming theme.

That's because it was hard to find a common thread with his preceding title "Welcome to Dongmakgol," a heartwarming comedy-drama about Korean War enemies who join forces to defend a peaceful mountain village from an impending bombardment.

But after its press and industry screening last Tuesday, "Fabricated City" received largely positive reviews for his efforts he appears to have injected to catch the trend of the time and youthful sensibilities.

Starring Ji Chang-wook, Shim Eun-kyung and Ahn Jae-hong, the film is about a jobless young gamer who is jailed after being framed as a rape-murder suspect but is determined to unearth the truth with help from other members of his online gaming group.

"Eager to infuse vitality into the nation's exhausted young people, I pulled out youthful sensibilities from the diverse sensibilities in me," Park said during an interview with Yonhap News Agency on Monday. 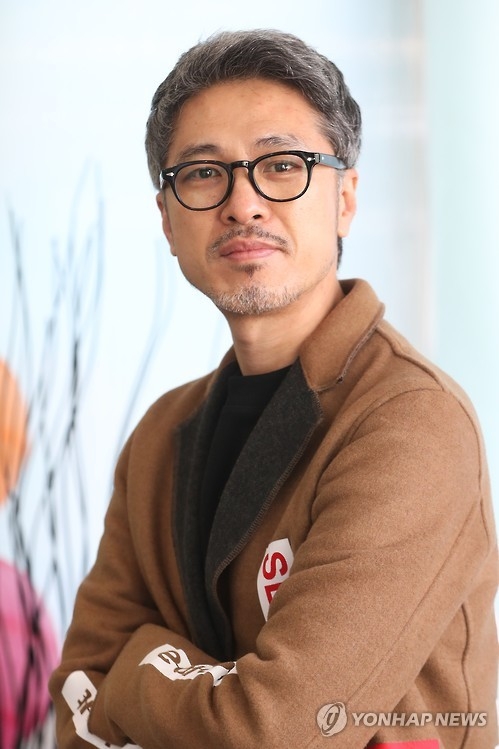 He said he conceived the idea of making a film about young gamers thanks to his son who enjoys gaming.

"My son plays computer games, and it was fun to watch him play. So I got curious about why young people are so fond of gaming. Nowadays, video games have stories like movies and have as good computer graphics as movies. Seen from the eyes of a content creator, games' creativity is astonishing."

The director added that his desire to avoid the theatrics of the crime-action genre where heroes, cops or special forces unit members save the world from villains also made him create a story revolving around marginalized youth.

Questioned whether the movie targets a young audience, Park said, "It targets those with a young sensibility rather than certain age group.... Many Korean films have so far been tuned to the tastes of middle-aged people. I thought Koreans need to make more films full of young energy and spectacles like Hollywood titles."

When he cast Ji, who had no experience in film before, for the main character Gwon-yu, everyone around him called it a "reckless" choice.

"Some even said I lost my sense of casting after 10 years away from the film scene," Park recalled. "I scanned photos of all top-tier actors after finishing the film's screenplay but couldn't find the best match for the role."

"Ji, however, had the phases of a boy, a macho man, an action star and a soft-minded man in his face, so I persuaded investors."

Actress Shim is a shy person in real life, which also made her a perfect match for the role of Yeo-wul, a genius hacker suffering from social anxiety, he said.

According to the director, Oh Jeong-se, who plays the villain named Min Cheon-sang, originally was picked for a different role. But Oh persistently persuaded the director to cast him as Mr. Evil and did his best with the role.

It marks Park's first film in 12 years since 2005 when he burst onto the local cinema scene with "Welcome to Dongmakgol." The acclaimed Korean War fantasy drama made a big sensation, drawing more than 8 million viewers nationwide.

Park, who is also a leading TV commercial director, said he has spent most of his time making ads so far.

As for the film's unique action scene where Gwon-yu scatters grains of rice into the air in a darkened room to measure his distance from his opponents, he said, "I imagined Gwon-yu's ability was upgraded with the death of his mother as an catalyst. I wanted to make the protagonist resort to only his hearing in the darkness."

With only three days before the premiere of the film, the 48-year-old confided that he is riding a roller coaster of emotions these days.

"I feel good if the response is good but gloomy if not. Although I think films are meant to take people on an emotional journey, this life certainly appears to not be good for my heart," he said with a laugh. 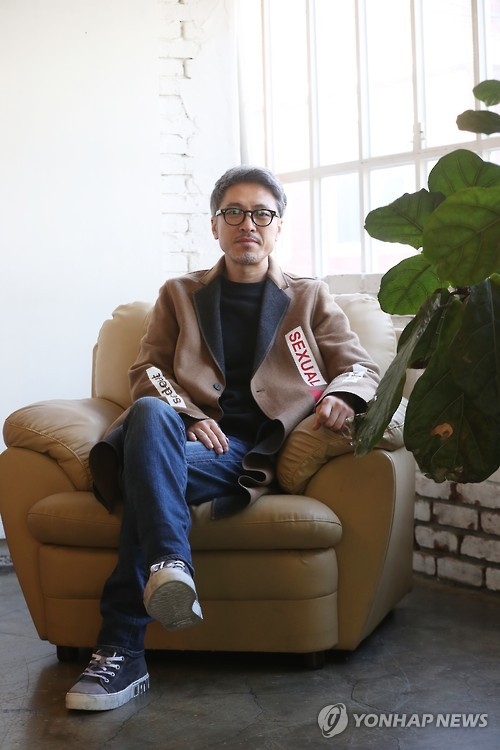