The show's first four episodes will be made free to watch on SBS's Web site until Feb. 13, SBS TV said.

The network will also air a special daytime episode on Wednesday summarizing the plot to-date and release an image and text-based "card news" item explaining the story through its social media. 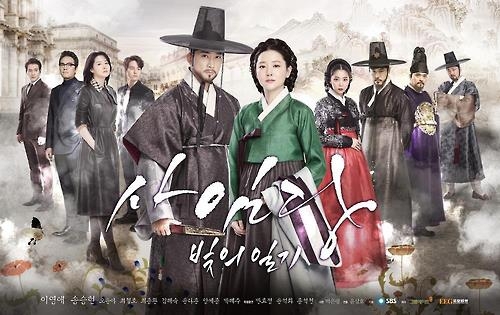 The 30-episode show centers on Shin Saimdang (1504-1551), whose legacy is associated with raising the Korean Confucian scholar Yulgok of the Joseon Dynasty.

Incorporating a fantasy time slip element and a nonlinear narrative, the series made headlines for bringing Lee Young-ae of "Daejanggeum" fame back to television for the first time in 14 years.

"Saimdang" started out strong, with its first two episodes airing back-to-back on Jan. 26 and chalking up 15.6 percent and 16.3 percent nationwide viewership, respectively. Ratings, however, dipped as the show progressed, with episode four dropping to 12.3 percent.

SBS TV said the free online episodes are to help viewers better understand the plot and assured viewers that "Saimdang's story will begin in earnest from episode five."