That's because more than 10 naturalized athletes are ready to compete under the South Korean flag when the Winter Games are staged in PyeongChang, Gangwon Province, some 180 kilometers east of Seoul, next year.

Although South Korea has produced figure skater Kim Yu-na and a slew of medal-winning short track speed skaters, winter sports have been relatively unpopular here. Especially in skiing and ice hockey, where South Korea is considered low tier, improving the country's competitiveness for the Winter Games has become an important task as local fans don't want to feel humiliated by big losses at home.

In order to have an instant boost on national teams, winter sports federations here decided to bring in foreign athletes and persuade them to play for South Korea. 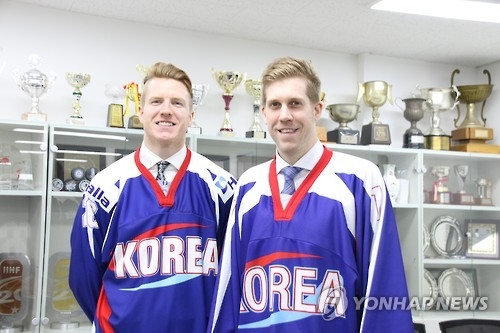 Last April, South Korea collected its first ever win against Japan after recording one draw and 19 losses. In November, South Korea won the Euro Ice Hockey Challenge in Budapest, Hungary.

In sledding, South Korea added German-born luger Aileen Frisch, a gold medalist at the World and European Junior Championships, as well as the overall champion at the 2012 Junior World Cup.

The 24-year-old announced her retirement after she failed to join the German national team last year, but the Korea Luge Federation reportedly approached her through Sartor Steffen, a German coach of the South Korean luge team, and asked her to race for South Korea.

In biathlon, three Russia-born athletes will race for their adopted home. Among them is Anna Frolina, who finished fourth at the 2010 Vancouver Winter Games in the women's 7.5km sprint. 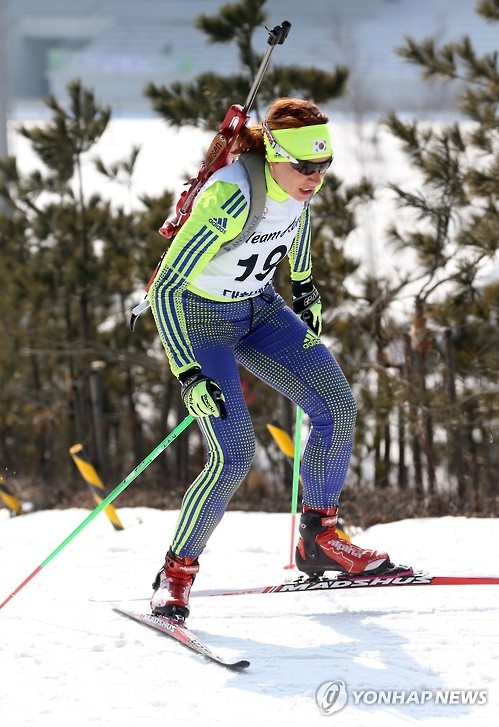 In figure skating, South Korea is trying to embrace two Americans for the ice dance and pair skating events at the Olympics.

The two teams have been skating together at International Skating Union (ISU) events since June last year.

At ISU competitions, as long as one member of a tandem is South Korean, that duo can compete under the South Korean flag. At the Olympics, however, both members of a team must be South Korean citizens to represent the country.

The KSOC, South Korea's Olympic body, has been reviewing applications from sports federations regarding foreign athletes' naturalization before handing them to the justice ministry.

Most foreign-born athletes have acquired South Korean citizenship through a special naturalization process, which is granted to foreigners with a specialized talent or skill set.