South Korea had requested to buy 60 AIM-9X-2 Sidewinder Block II All-up-Round missiles, six guidance units and other associated support for US$70 million. The country also asked to buy 89 AGM-65G-2 Maverick missiles, missile containers and other related elements for another $70 million, the agency said.

The State Department decided to grant the requests, and the decision was notified to Congress, it said.

Both missiles are manufactured by Raytheon, one of the top U.S. defense giants.

Raytheon say the AIM-9X-2 Sidewinder Block II missile is the most advanced infrared-tracking, short-range air-to-air and surface-to-air missile in the world, and can be used to arm the F-15, F-16, F/A-18 and F-4 fighters, A-4, A-6 and AV-8B attack aircraft, and the AH-1 helicopter.

It is also actively deployed on U.S. Navy and Air Force F-15, F-16 and F-18 aircraft, and also in the air forces of 18 international customers, the company said.

The AGM-65G-2 Maverick missile is a precision-attack missile for the air, naval and marine forces of 30 countries and is certified for use on more than 25 aircraft, including helicopters, fighters, attack and patrol aircraft, the company said.

The proposed sales contribute to the foreign policy and national security of the United States, the DSCA said.

"The ROK is one of the major political and economic powers in East Asia and the Western Pacific and a key partner of the United States in ensuring peace and stability in the region. It is vital to U.S. national interests to assist our Korean ally in developing and maintaining a strong and ready self-defense capability," it said.

South Korea intends to use the two sets of missiles to supplement its existing inventories and the enhanced capability will be used as a deterrent to regional threats and to strengthen its homeland defense, the agency said. 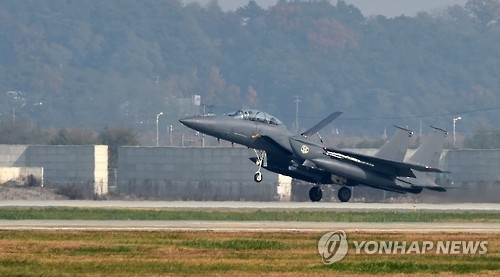