The North's leader made an inspection to the Kangdong Precision Machine Plant, stressing the need for its workers to "make it part of their everyday life to acquire the knowledge of cutting-edge science and technology," according to the Korean Central News Agency monitored in Seoul.

He said that by doing so, the factory's employees could steadily enhance their technical skills and broaden their outlook, the report said.

It marked the first time since January 2015 that Kim inspected a plant.

Jo accompanied Kim the most on the leader's inspections last year, followed by top military official Hwang Pyong-so, according to data by Seoul's unification ministry. 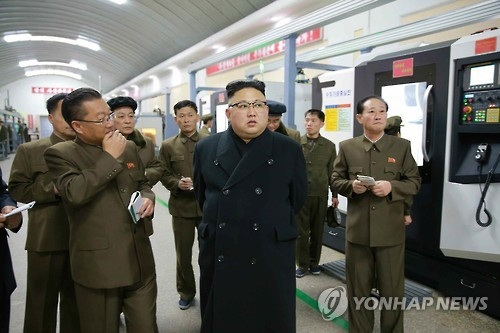