SEOUL, Feb. 7 (Yonhap) -- The number of companies listed on South Korea's equity market is expected to top 2,000 this year on the entry of new ones, especially onto the tech-heavy KOSDAQ, data suggested Tuesday.

A total of 1,987 firms were registered with the Korea Exchange (KRX), South Korea's sole bourse operator, as of the end of last year.

Compared to a year earlier, the number of companies listed on the main KOSPI market rose by 9 to 779, while that on the secondary KOSDAQ platform jumped by 56 to 1,208, according to the KRX.

The country's stock market was launched six decades ago with only a dozen firms listed.

The expansion is mainly due to the growth of the KOSDAQ for smaller firms. Only 359 firms were listed when the market opened in 1997 and the number increased by 850 over 20 years. 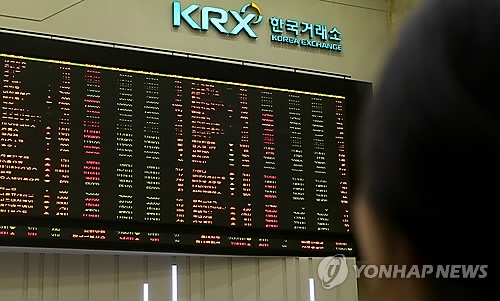 In contrast, the number of KOSPI-listed firms has increased little apparently due to a higher bar for registration amid years of an economic slump.

Requirements for a corporation to join the KOSPI market include equity capital of at least 30 billion won (US$26.4 million) and the minimum of 100 billion won in recent annual revenue or an average of 70 billion won in sales for three years.