Oil prices have been in the doldrums since 2015 on concerns of an oversupply, and things were almost the same, as international sanctions on Iran were lifted allowing the oil-rich country to add new barrels to an already glutted global market.

Crude oil prices, measured by Dubai crude, briefly dropped below US$30 a barrel in January 2016, hitting a more than 10-year low. But since the second half of last year, oil prices rebounded hovering above $50 per barrel during the fourth quarter of last year. 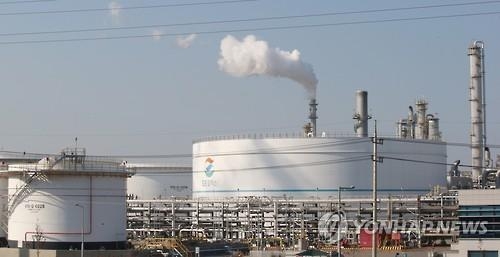 GS Caltex, the second-largest, is forecast to have notched up an operating income of 1.97 trillion won last year, with the comparable figure for Hyundai Oilbank being 969 billion won.

"Local refiners enjoyed higher cracking margins on the back of relatively high prices and firm demand," said Yoon Jae-sung, an analyst at Hana Investment & Securities. Their diversified business portfolio also helped improve their bottom line, according to the analyst.

In 2014, major South Korean oil refiners posted their worst-ever performances as a freefall in oil prices hurt the value of their crude inventories amid tight cracking margins.

It was attributable to the relentless slide in oil prices, which were battered especially after the Organization for Petroleum Exporting Countries (OPEC) in that year refused to cut supply in a price war against rising U.S. shale producers.

SK Innovation and No. 3 S-Oil both posted operating losses in 2014, going into the red for the first time in more than three decades. No. 2 refiner GS Caltex said it also logged an operating loss of 456.3 billion won in 2014, its first in six years. 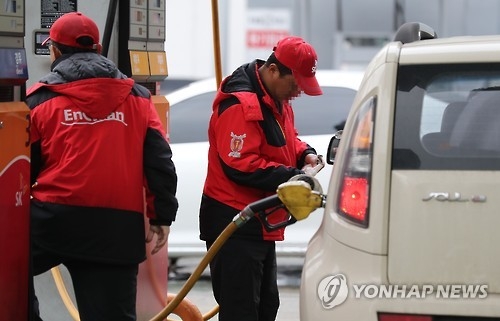 During the fourth quarter of last year, the refining margin, however, improved its standing at between $7 and $8 per barrel, far higher than the average $5 posted in 2014.

Usually, a refiner can generate a profit with a refining margin of $4 or more per barrel.

Refining margins will stay firm this year on the back of solid demand for oil from Asian countries, and demand for power generation will also remain solid, analysts said.

"This year, the refining margin is expected to rise to $8.40 per barrel and the average oil prices, measured by Dubai crude, will rise to $55 per barrel this year, from last year's $43 per barrel," said Lee Eung-joo, an analyst at Shinhan Investment Corp.

U.S. refiners are expected to conduct large-scale maintenance work this year, according to Lee Dong-wook, an analyst at Kiwoom Securities. "Local players will benefit from firm demand amid tight supply," said Lee.

SK Innovation notched up more than 1 trillion won in operating income from its petrochemical business, with the portion rising to 54 percent of the total operating income.

Their widening spreads on key petrochemical products seemed to be paying off, analysts said. Since 2010, local refiners have spent big on expanding and upgrading their petrochemicals-producing facilities, which also has led to a rise in spread margins.

S-Oil has decided to spend 4.79 trillion won on upgrading its petrochemicals business as well.

SK Innovation said last week that it has decided to take over Dow Chemical Co.'s ethylene acrylic acid (EAA) business for $370 million in a bid to diversify its business portfolio. 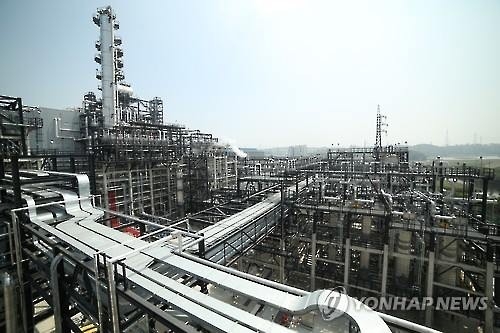