Voice of America (VOA) reported that the European country's foreign ministry has sent VOA an email saying it will take additional steps to terminate the embassy's illegal activities in line with new sanctions that the U.N. Security Council imposed on the North in response to its fifth and largest nuclear test.

The North Korean embassy has allegedly carried out illegal commercial activities by leasing part of its premises to local companies to earn foreign currency.

According to VOA, the Polish government has never given permission to such activities and has notified the embassy many times that they run afoul of international laws.

Similar activities by North Korean embassies across the European Union have come to the fore, and the EU has been discussing a comprehensive measure to resolve them, the report said.

Through the adoption of Resolution 2321 adopted by the U.N. Security Council, the North's alleged illegal business practices were revealed.

The report also said Pyongyang is known to have made illegal profits through its overseas missions in four countries -- Poland, Germany, Romania and Bulgaria -- and these countries have expressed a resolve explicitly and implicitly to bring the issue to a settlement. 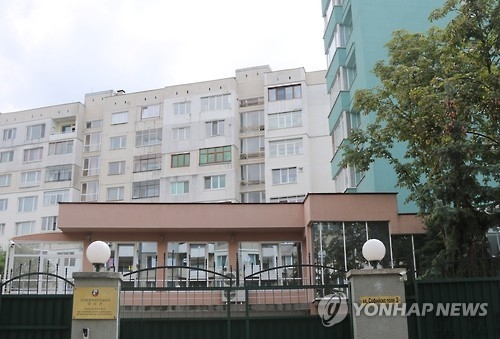